Never say never. Things can come back in surprising ways and really perk you up on not-so-great days.

The short film I wrote last year got into its first festival, all the way over in Ukraine. The Kiev International Film Festival, to be exact. Well hooray hooray hooray! 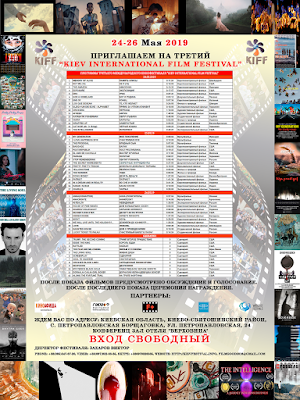 Now, if you need a refresher, Wrapped Up is a dark little comedy about a young woman accidentally kills her boyfriend, who was trying to put the moves on her brother. Unfortunately, this happened on the day that their old man was coming to pick them up for a party, so... WHOOPS! What will they do now?

I talk about it more here, but sufficied to say, it was quite a project. Its original screening went down well, so to have it do well again is a great feeling. I have to once again, fully hand it to my director Andy: he brought it home, everyone in the theatre was laughing back then, and is still doing so now. 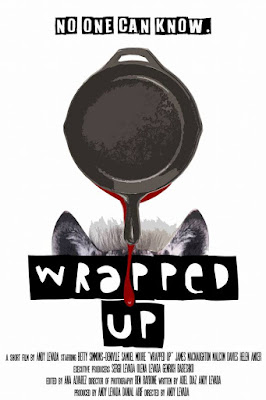 If you'd like to learn more about the Kiev International Film Festival and what's playing, click the link: http://kievfestival.info/en/about
Posted by ADiaz at 17:12