But, as discussed last article, the old addage of 'write what you know' can only help to a point. But where do you start research: any subject can be broad and look rather daunting from the outside. How do you begin to tackle proper police procedure or modern medical practice or the Napoleonic Wars?

Internet, right? Well, not really: while the options are nigh-limitless, it also means you could get easily overwhelmed by all the search results. Within that comes sites of varying credibility, the always debatable Wikipedia and even the differences between countries - police in the States are quite unlike our local bobbies, for example.

What is needed is a guide, a lense that will focus where to start and, from there, expand. Reference books are just such a tool: tomes devoted to specific subjects that will tend to cover a little bit of everything, giving you plenty of places to then dig further on Google or Bing. It's actually kind of incredible they aren't talked about more often by writers, blogs, courses or just in general discourse. 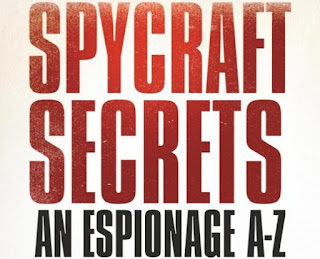 But what do some of them actually offer?
And that was a super-quick skim. Just typing in 'reference' in Amazon will yield loads more results that cover almost every subject you could want to know. You'll also often find tons of them at charity shops and boot sales for ridiculously low prices, since they're seen as just disposable 'general interest' and thus, not percieved as valuable as novels, comics or even their more respected breathren, encyclopedias.

Also handy - autobiographies: what better way to learn than from someone who's been and done it? You can't take it word for word, you'd need to buy the rights for that, but these two can help guide your explorations and even help inspire a few characters.