Both this blog and just about anything that mentions screenwriting has done plenty of pieces on the writing guides and their various paradigms and beat sheets. Some are good, some are bad and some are just there.

But what about careers and the practical side? Theory is all very well and good, but how can you actually make some kind of living at it? And for that matter, is there screenwriting-related literature that isn't another how-to book? Maybe something like a biography that talks about the ups and downs of a writer's life? 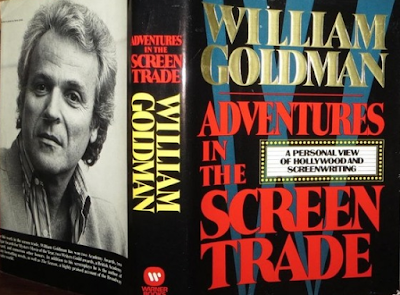 Well first, the nitty-gritty:
And now, for something more fun, screenwriter autobiographies:

Email ThisBlogThis!Share to TwitterShare to FacebookShare to Pinterest
Labels: Adventures in the Screen Trade, David Mamet, On Writing, screenwriter, Stephen King, William Goldman, Writing Movies for Fun and Profit: How We Made a Billion Dollars at The Box Office and You Can Too!