The Value of a Writing Rota for Screenwriters

In the past, I've discussed the dangers of relying on just one script, that one 'magic ticket', to make a career happen. It not only stifles your creativity by not broadening and challenging you, but you can become desenstized to your material's problems with constant, and often tedious, rewrites. 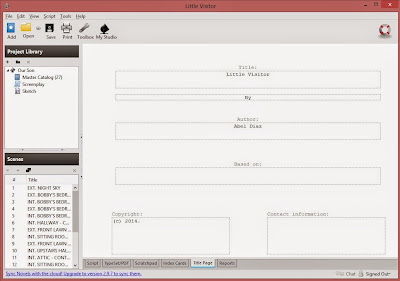 In my own journey, I've found implementing a 'writing rota', a system for when and what I write, has greatly enabled me to not only write what I really want, but to always push myself with new challenges. You might find some inspiration, for example, in working on a horror and then a comedy versus two horrors consecutively. Maybe you can't quite crack that senior drama until you've had a stab at a heist film and mastered suspense? But let's back up: what exactly makes up a 'writing rota'?

Well it's two parts: first, it's about the number of projects. Giving yourself targets can help focus you up for your writing year, but not going overboard in how much you do will ensure they are actually achieveable. I opt for 4-5 spec projects a year (with a 2:3 ratio fo film to TV), allowing me to work on stuff I really want to tackle, as well as allow time for rewrites, additional research and polishes so they are, in theory, ready the following year to be presented. I also think this more humble target allows margin for error and, as they say in law, 'Acts of God'/sudden accidents, so you're not prone to panicking.

The second part is the projects themselves: a good writing rota depends on having strongly contrasting projects. After all, if a production company is not paying you, you have total freedom to tackle whatever you want. This also helps avoid a risk of samyness or burnout by just working on one thing, or rather, one type of story or genre. Yes, I'm aware of Lee Jessup's advice in specializing in a particular genre, and while I certainly see her point, she's also refering primarily to the US market. Britain, being smaller, has less to offer in certain genres, so a jack-of-all-trades is more useful in building a career here. 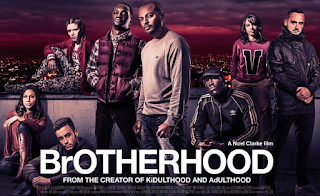 Allow me to use an A-D scenario (with each representing about a month, give or take) to illustrate a rota, A could be a dark feature thriller, then B a children's sitcom pilot, than C a rewrite of A or a period drama, and then D could be an adult sitcom or cheesy fun B-actioner. Indeed, a very crude impression of this rota could be described as dark, light, dark, light, but genre variety matters much more than tone. In my own recent work, for instance, my 1hr crime thriller pilot gained quite a bit, especially on the subject of character, after I had worked on a 1hr period-fantasy pilot set in Spain.

The rota also means you can factor in specific deadlines, if there are opportunities, schemes and contests you want to enter. Just make sure you do your homework and allow plenty of time to properly polish your script before the opportunity comes around: don't wait till the last month and go nuts.  If you can, try and hold back till the following year so as to maximise your script's chances of being more ready. Again, nobody's paying you so why do it wrong?

The elements above also gives the rota a third trick up its sleeve: allowing for room to slot in commissioned projects. Whether it's your first proper TV or film credit, a short film or web series you've been hired to work on or maybe your first stage play, you can now give it the attention it needs and not panic because it ruins 'the flow'. Simply push a draft or rewrite back and now, you've got a free gap because you didn't overegg on specs. If you're really lucky and you get multiple commissions, no problem: just recalibrate the rota and prioritise what you most urgently need to finish. In this scenario, the commissions take the place of the other projects, again avoiding the risk of the 'magic ticket' mentality.
Posted by ADiaz at 01:11