There's much one can reflect on in a year, but since this is a screenwriting blog, let's keep to that. 2018 marked quite a few big steps for my career: my industry job as a reader, my first television credit in Pablo and even my first foray into theatre as a playwright with the live reading of Cull before a paying audience. It was quite a ride, and I went into 2019 with similar hopes. I tried, when I could, to network, email and just get possible things set up to continue the momentum I had generated.

But well, as the saying goes, the best laid plans... 2019 proved to be a year of halves: one was exciting, but frustrating and often tedious with little to show. The other was, however, more lucrative and even renewing. One started with me on a high, the other on a low. Steadily, that changed: I ended up with both my first project in development (as well as first adaptation gig), as well as finally getting onto a Continuing Drama Scheme at ITV to, knock on wood, get to work on Coronation Street. 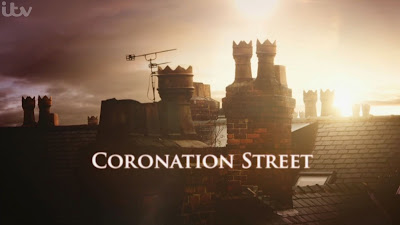 But, let me back up. In this recap, I hope to show the kind of expectation newer writers should have about how things could go when you get those first sweet trickles of success:

Jan-Mar (Winter): Sent out specs and tried to set up a few jobs. I continued my strategy from 2018: get myself out there, set up meetings and trade on my success with Pablo. The most notable of these efforts were almost getting on a CBBC drama in its final season (sent in a swashbuckling spec; got good notice on it, producer was enthused), and then getting a script read in consideration for a Continuing Drama gig at the BBC.

I even finished up what was, at the time, my big spec for the year and the one that, I believed would take me to the next level - Maybe even land an agent. It was an hour-long fantasy-drama, set during the Spanish Civil War. It was dark, maverick and, I thought, reflected my voice and perspective as a writer. Like with companies, I had met some agents, chatted, and decided to send it in.

Apr-Jun (Spring): This was when things started to go a little south. The CBBC gig didn't materialize: the producers opted to stick with veteran writers, so I and other hopefuls got cut. Ah well, it happens. It was also a no on the CD front. The script just wasn't quite a match for them: thankfully, they were graceful, and said I could stay in touch (just a reminder of how good manners are an important skill).

I also started to get back word on the SCW spec: people liked it, thought it was distinct and had an evocative era, but was getting passed on. A lot of 'just not for us', which is a phrase I've gotten used to and, what's more, now have direct experience with after hearing of it from other writers in the past. At first, yeah it does sting. You wonder 'what did I do wrong? Did they not get it?', but you accept that people's tastes won't always line up with yours and that it plays as big a role as any level of 'objective' quality. (Indeed, this spec will come back in a bit, to highlight the taste element).

Jul-Sept (Summer): This was when I was hitting a low, and felt spent and irritated. An attempt to get on another CBeebies series also fell through, and as it was the summer, shop was closing up for the moment. I kept on writing and polishing specs (including one which will come into play shortly), reading scripts and watching what I could. However, I was starting to get a bit of a brainworm, making me doubt myself and worry if my momentum had been spent up.

Little improved, after the holidays, in September. A spec had collapsed and needed drastic reworking, of which I was sloppy on and regret. Thankfully, there was an upside to all this: the Pablo Series 2 launch in Belfast. Such a wonderfully humbling and marvellous event, it gave me a much needed booster.

Oct-Dec (Winter again): Ooh hoo, now things got cooking again! My SCW spec landed me Never The Bride, and then a month later, I secured a place on the ITV Original Voices scheme with my newest drama spec, a period piece about migrants in 1950s Camden. After I attend a Corrie story workshop, up in MediaCity, well, we'll see... In the meantime, CBBC started airing a delightful new drama that I just fell in love and immediately contacted the Head Writer to gush about. Shortly after, we followed each other on Twitter and have exchanged many jokes. If they get another series, I will fight tooth and claw to get on it.

Indeed, I decided, following both this and the Pablo event, to lean more into my history and connection with autism in my writing. I was figuring how to use it to sell myself and my work to people: this was a perspective that I could bring into shows and rooms. This was what set me apart. This was how I was going to give myself a brand, of sorts.

When taken as a whole, it was a great, if irritating, learning experience. It was also, as I've said many times, a lesson in tempering and managing one's expectations, and being ready when the ducks don't line up in a row. It happens, and being grouchy about it won't help. Doubly so if you're on the spectrum, where it's easy to overthink it. It happens. However, being proactive and chasing any opportunity can help to ease this, as does just writing solid specs - if you feel passionate, so will the reader.
Posted by ADiaz at 00:44