Alright, so I had a little hiatus, but it was for good reason. As you'll recall from last time, 'Project A' fell apart on a narrative level and needed a rethink. I went away, did some brainstorming and tinkering, and found a way forward. I decided to change up the family dynamic and background, playing up the working-class dimension and having it be less of a fragmented family story. Before, the idea was to use the fantastical adventures as a way for divides to heal, but the two sides didn't merge. Instead, I decided, let's just make it a team show, and it felt more natural. 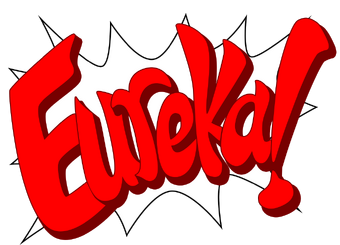 In moments like this, it's important to 'listen' to your characters - if something just feels wrong, don't go there. That's your characters saying 'I don't belong there. It's not how I tick'. Forcing your characters to be something that they're not is a surefire way to waste your time and write a script that reads as hollow and disjointed. You want to put your characters in peril and make them do things they don't want to, that's drama, but having them act in ways that are completely counterintuitive is not.

With that, I quickly cracked out a short treatment that contained most of the beats I wanted. Subplots were a little thin, but hey, now at least I had clear indications of what was available and where they could go. The characters also didn't get in the way of the adventure and felt like everything worked as one cohesive unit.

That said, another issue rose - time. I had other writing projects that were more pressing, from a career perspective, and couldn't spare a whole lot more time at this juncture to experiment with this one. At least, for now. So here is where I had three roads to go down: Pull, Push or Pass.

I opted for push and cracked down on getting it written within the week. It was tight, but I found it liberating and, along the way, made notes for ideas I could add or that arose, for next time. This draft is very much as basic as it could get, clocking at the bare minimum for something that's meant to be a four-act, hour-long piece. In first drafts, as a rule, getting done is what counts - you don't need to worry a whole lot about spelling or tweaking and rejigging scenes. That comes later - just get it down.

Naturally, while there is always relief that hey, it got done, I did feel a bit of disappointment - a big thing I had stressed throughout this was a renewed emphasis on really pounding out and breaking the back of the treatment and the outline. This was going to be a new and different way for me to write scripts, where more time is spent prepping the treatment/broad strokes of the story - however, in the end, it kind of went back to my usual method. Best laid plans, as they say.

So, what happens now? Well, I'll be turning my gaze towards other projects, includign Never The Bride. However, 'Project A' will be returning before too long, I guarantee, loyal reader. I hope what this phase of the script's development has demonstrated is just how mercurial and temperamental the process can be. If you ever run into situations like, I hope I've demonstrated its normalcy and taken off some of the stress and pressure. You didn't irreversibly f*ck up - it's all part of the journey.