Cinema has a unique glimmer in popular culture that no amount of Uwe Bolls and Michael Bays can tarnish. Everyone, at some point, has pondered some variant of 'what if I made a movie?' It could be something straightforward, like a comedy about college dropouts or a teen romance; other times, more elaborate projects like the many Fan Films of recent times. Everybody wants to entertain; humans have done it since we were cavemen, telling of the great hunt. 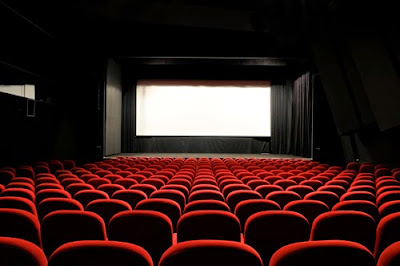 Why do I bring this up? Well, just the other day on the Screenwriting section of Reddit, this little nugget popped up: https://www.reddit.com/r/Screenwriting/comments/8n44fn/question_i_dont_want_to_be_a_career_writer_i_just/?st=jhtmq9tw&sh=4ae5150d

Now, as you've seen in the responses, this type of question is not met with open arms. Some tried to tackle it with humour, others went into soapboxing. Out came the familiar cries of 'taking up space and 'the poor artists, struggling to make a real career', castigating the unmitigated gall of such a query. I'd be lying if I didn't see where that was coming from: aside from not being very well written, the questioner's emphasis on a spec, animated at that, screamed, 'amateur with no clue about the industry'.

The sad truth is this guy aimed way too high and didn't do his homework: unless you want to end up with a product like Video Brinquedo, a decent animated film'll still run up a bill of a few million. Without a rep or a portfolio, you're asking a company to take an awfully big risk on you for what may be short term benefit: they may make money on the movie, sure, but they're not forming a long term partnership that could expand further and make even more money, assuming you're good. Plus, speaking from hard-earned experience, animated projects are sold way more on premise and concept art than on any type of script. 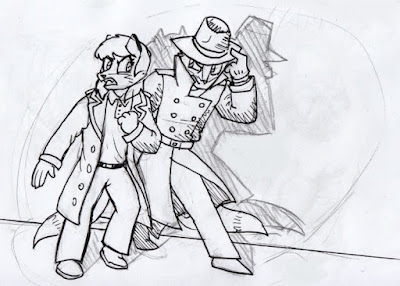 So okay then, this one's a dreamer, but what about those making live-action stuff? Is it so dim for them? Well again, a company is less inclined to work with someone who's announced a project as a one-off, but there's less strings attached than animated. In this scenario, you're better off making it yourself. Raise the funds and shoot it. You're doing this once, might as well get the whole experience.

But how? Well, let's knock those questions out one by one.
If you want some further advice, check out this episode from UK Scriptwriters Podcast, where Danny Stack and Tim Clague talk about making their indie kids feature, Who Killed Nelson Nutmeg. Lots of good stuff in there and you should just be listening to the podcast period, even if you don't want to have a career in film. It's really entertaining. Also good to look at: Cinemassacre. You might know James Rolfe for the Angry Video Game Nerd, but he's passionate about filmmaking and reguarly shares his own experiences on Youtube.

So, you now have the how, let's step back to the why. If you really believe in a script, you'll go the long haul with it. That's at the core of every artistic project out there: you have to get it out of your system or you'll go crazy. Cuckoo. Bananas. LOCO!

You have to want it so badly and be willing to put up with all the nonsense, false starts, stupid dramas and sudden reversals that come with making a film. A missed payment there, a forgotten call sheet here, it takes small things to screw up the bigger machine. Those who go for it, in spite of that and even through it, don't merely have a dream: you have to have a passion, a desire, a deep hunger, even if it's for just one time.

Have that drive underpinning what you do and your film will never, ever, be a waste. Yes, even a movie about zombie waterfoul.
Posted by ADiaz at 01:57