Trend chasers are nothing new in any artistic business. After all, if something made money, why not just make more of the same? When The Matrix was a hit, cue all the big effects-heavy sci-fi duds in the early 00s that tried to mimic its success. Lethal Weapon? Hello The Last Boyscout and all those buddy cop movies that populated the 90s. Disney hit it big with Little Mermaid? Let's see Warner Bros. humiliate themselves with Quest For Camelot and The King & I in a vain effort to catch up. 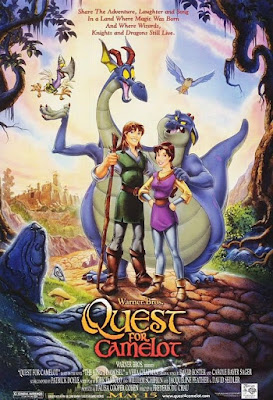 At the level of the studio and big pro-cos, this is understandable. It's on the newbie screenwriting level, however, where it's a surefire way to mess up first impressions. Anyone who has worked as a reader (myself very much included) knows exactly what I'm talking about: oh joy, ANOTHER Tarantino wannabe with more 'Melon Farming' than you can shake a Royale with Cheese at; ANOTHER pilot about a secret government agency that fights supernatural phenomena; ANOTHER romantic comedy about a dweeby loser who gets a girl well out of his league, despite being a moron?

It's easy enough to see how this happens: we're all fans and have particular movies we love and would like to make ourselves. Imitation is the sincerest form of flattery, after all. You love stories about the gangster with the heart of gold who protects his kid? Write your own! With so many being made and smashing the box office or the ratings, and a common bit of advice being to pitch to companies who make that content, surely this is foolproof, right?

And yes, I know of Scott Kirkpatrick, his book and interviews on Film Courage. There's some interesting stuff in there, but it's important to bear in mind what industry level he's aiming at. Namely, TV movies and VOD content in the American market, where low cost, fast turnaround and a flashy title are the norm.

What companies and producers are looking for, with small variations depending on who's in charge, boils down to a marriage of concept and talent. 'Same but different' is something you've heard thrown around and it's true: familiar enough to be marketable to an audience, but also different enough to justify its own existence. What's special about YOUR giant robots script, YOUR girls-night-out-goes-wrong script, YOUR vampire script, and how is it different to the one they just made?

Budget also plays a role: if it's a drama or comedy with few locations and a small cast, or a horror set in the woods, you're better off just raising some cash and shooting it yourself, rather than speccing it. Projects like that were tailor-made for indie and don't really make sense to try and pitch to guys with bigger resources. With crewing resources like Facebook film groups, ShootingPeople or Stage32, as well as Indiegogo and Kickstarter for cash generation, these are now more doable then ever.

Furthermore, what's special about how YOU tell it? How good of a read is your script? Does it move at a good pace? Are the characters all distinct? Does it have strong conflict that a reader can get invested in? Does it have a compelling theme or worldview? In short: why THIS, why NOW? When I went about, pitching my kids superhero pilot, those were questions I had to answer. By doing so, I landed myself a few notable contacts, who saw I was serious, and got talking on some pretty cool stuff.

But if you can't answer that question, don't bother continuing (and for the love of all things, don't just say 'well it's fun'. It might be to you, but A) everyone's idea of fun is relative and B) it doesn't really give a meaningful justification for the time that will be spent on it). Remember, you're asking these people to commit several thousand to several million pounds to make your script a reality: don't you have the courtesy to at least send something good, if not great?

However, it must be stressed copying the market is not the same as knowing it: A smart writer is aware of it and keeps an eye on things: mainly, to know where gaps exist for you to pitch your own ideas. More importantly, it helps with what NOT to pitch if it died in the ratings or at the box office recently. 2011's Outcasts, written by Ben Richards and produced by Kudos, was a noted sci-fi flop that stalled homegrown, non-Doctor Who sci-fi TV for several years until Humans came along in 2015, with the help of AMC, to restart the engine. It was a total dead zone. 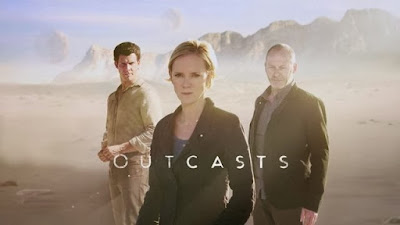 But wait Abel, you say, what about TV Specs, like in the States? Those are about as 'for the market' as you can get, as they're potential episodes of a produced TV series.  Well, I already did a whole piece on the value of American-style specs and fellowships before here, so read that if you want to know more.  In short, different country, different system and it's for a very specific reason: selling your writing ability, not getting it made.

How can you stay up with the market? Read the trades: Deadline, Hollywood Reporter, Screen International (for film) and Broadcast (for TV), all releasing regularly with the latest developments, partnerships and deals. Occassionally browsing on IMDB is not good enough: you have to have a steady flow of reliable, well sourced information, if you want to stand any chance in this line.

And if after all that, you're still not convinced that market copying is folly, look up the story of the now defunct Amazon Studios. It was a nice dream, opening the floodgates for writers around the world to pitch to a juggernaut and see their scripts become movies and TV. However, the tidal wave of copycats, knock-offs and remakes-in-all-but-name destroyed that beautiful dream and now, wannbe screenwriters have one less powerful ally. Please don't be that.
Posted by ADiaz at 01:09