Right then, so much the same as last time - watching and reading and little bits of note-scribbling. And, as a bonus, this entry will also serve as a demonstration of how the process can be mercurial and not align the exact way you wnt to, even at the early stages - so, originally I wanted to do some script reading. Give myself some extra juice and see how pros do it.

THEN, I got a reply from a project and I was working and had to turn in some stuff.

And THEN I recalled having a meeting next week, so had to do some quick revision on a popular drama.

So read time got cut off, for the moment, and I decided to take what I had assembled thus far and build some very rough pitches (no more than a paragraph) to give myself an anchor. But first, the recap of what I did get to peruse:

Anyone who's ever bought or seen Tintin comics might also recall seeing this close by - similar art styles (ligne claire) and title font, similar size book, similar old-school adventure yarns, but instead of a young Belgian, it appears to be two Brits instead - a blonde captain and a ginger professor. Well, that's because Blake & Mortimer were contemporaries of Tintin, created by friend of Herge, ex-opera singer E.P. Jacobs. The books are exactly what they sound like - arguably, even more cut-and-dry adventure-espionage stories compared to Tintin, where our duo, often with the blessing of Her Majesty's Goverment and Scotland Yard, match wits with the sinister Colonel Olrik as he cooks up world-domination schemes.

In the case of The Yellow M, a sinister man in black is commited grand crimes, like stealing the Crown Jewels, across London and seemingly unstoppable - immune to bullets, ungodly fast and never stop cackling. Things get dialed up a gear when severa wealthy men start vanishing, with the titular emblem left behind.

Much like The Avenger, it's about as good a distilation of every old school pulp and Boys Own Adventure yarn you'll find, framed with an appealing aesthetic and almost cinematic pacing. Blake and Mortimer are noble, square-jawed and inquisitive protagonists who, like the young Belgian, seem to relish adventure and do-good-ing for its own sake (more complex origins would come later in books published after Jacobs' death). Despite one major glaring issues, like Tintin, there's not a lot of fat or waffle: Jacobs gets us straight into the mystery with an audacious robbery at the Tower of London. Set pieces come quick and fast.

Now this one holds a very special place in my heart: In fact, you can trace a lot about my creative journey back to this film.

This early 90s adaptation of the legendary proto-superhero, courtesy of 90s-hit-making screenwriter David Koepp (Carlito's Way, Jurassic Park), was a title I stumbled upon in Virgin Megastore back in the day (remember that?) and, despite my brother's insistence to the contrary, bought it and feel headfirst in love with it. From there, I grew out into the pulp magazine reprints by Nostalgia Ventures, the radio drama (featuring, among others, Orson Welles) and several different comic book series, chiefly from DC. 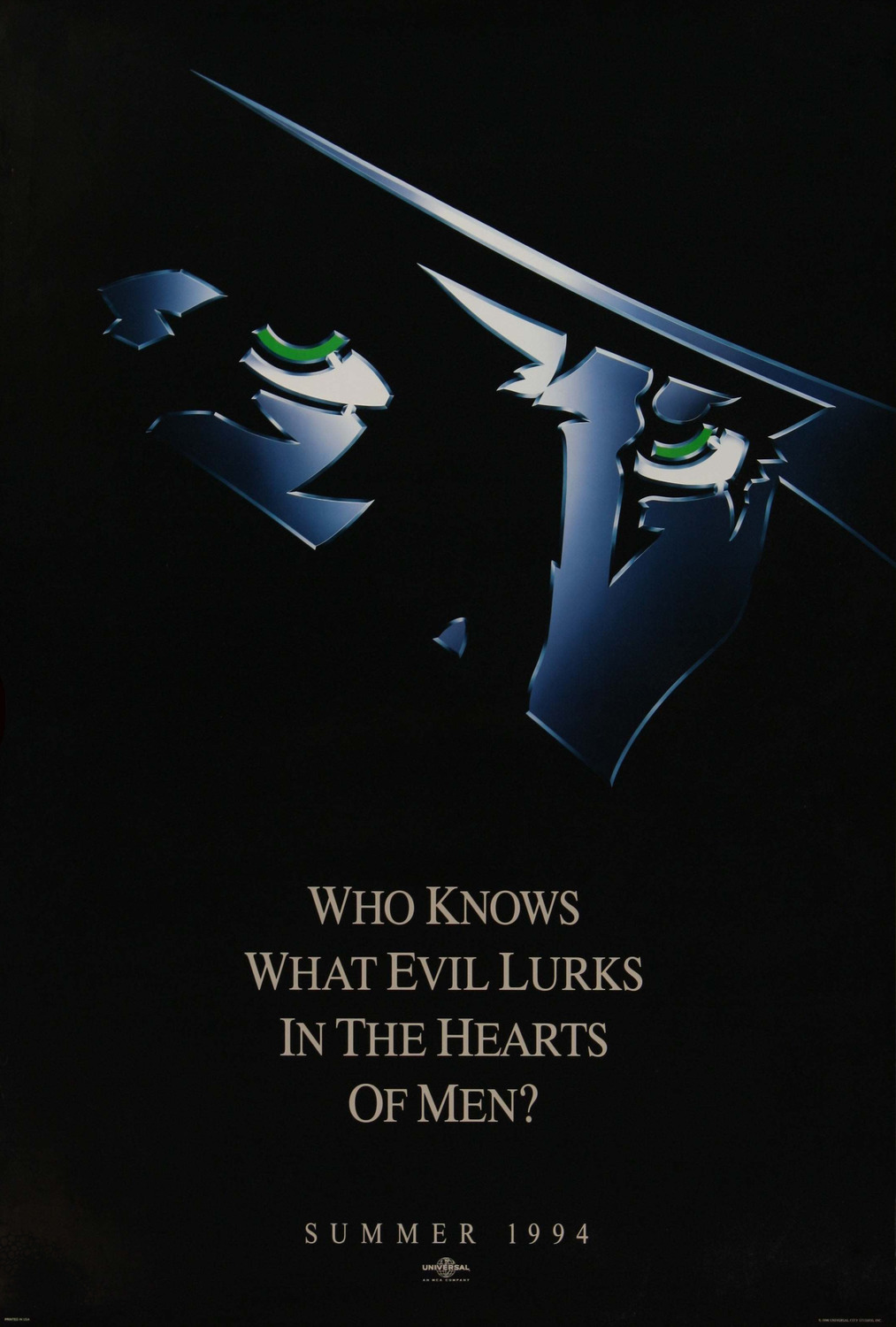 Basic gist - a warlord gets reformed by a mystic Tulku to become the invisible crime fighter The Shadow in New York. However, Lamon Cranston's past is set to catch up with him when Shiwan Khan, descendant of the Mongol conqueror and admirer of his old self, arrives to begin ruling the world with a new super weapon: an atomic bomb.

The whole affair just oozes unapologetic 30s style - art deco sets, a jazzy soundtracks with ghostly airs not dissimilar to the radio shows, and a confluence of Oriental mysticism with mad science atmoic age science fiction. Even the dialogue has the wit and speed of an old screwball comedy (such as when Khan asks about Cranston's suits, to which Cranston responds, 'Brooks Bros. You are a barbarian'.)

Indeed, this style carries much of the picture - everything is in place for investment, but Cranston's own redemption arc feels like its missing its mid-section: we have a beginning with him as drug kingpin and warlord Ying Ko, and then his arrival in New York to fight crime. Then stuff happens, and then we get to the end where he is meant to have vanquished all his demons in a mirror hall abttle with Khan - however, that 'stuff' doesn't really seem to meaningfully confront Cranston with his own demons as much as it should. Now in part, this was due to an earthquake that hit during filming, destroying sets for scenes that would've expanded on Cranston's demons. The film runs okay without them, carried by that commitment to homage, but it could've be so much more.

So now, let's get back to the pitches - I wanted to combine all the notes together and see what I could gleam. The purpose of this was 1) Give myself something dsolid to refine and develop and 2) Give myself a means to discuss these with writer friends and get their two cents on the worth of these concepts. While I feel confident in them, a second opinion never hurts, even at an early stage.

But first, more notes:
Now, in laying out these small pitches, I wanted to detail the core elements. I broke them down as: 1) What's the setting? 2) Who's the protagonist and what do they want? (these first two I try to couch within some type of logline.) 3) What's the genre and style I'm going for? 4)What type of series is this and 4) A sense of what the plot for the pilot is like in very broad strokes. Right now, what matters is seeing if these fragments, when combined, can produce some type of actual whole. There'll be refinement later, but a test of an idea is can it be succinctly summarized.

Confident I had three bases, I decided to reach out to the aforementioned writers and ask their two cents on which was the most distinctive (I intend to do all three, but one will gain top priority and be the focus of this blog series).

Email ThisBlogThis!Share to TwitterShare to FacebookShare to Pinterest
Labels: Blake and Mortimer, Diary of a Spec Script, Screenwriting, The Shadow