Alright, so got a couple of writer friends to chat over email and sent them my three concepts/pitches for the adventure specs. I wanted to gauge which felt the most distinct/notable, and played the best. After all, dear sirs and ma'ams, brevity is the soul of wit, or here, dramatic functionality. If you can't describe it succinctly... something's wrong.

Now for obvious reasons, I'm not going to repeat the full pitches here. However, I'll give you a quick jist of each:
1) Love letter to Tintin, focusing on a similar figure, who now has a family that get up to adventuring.
2) Gothic-horror summer camp with kids who are not kids.
3) 30s pulp-superhero homage with an old-school horror monster who stops advanced warfare tech being developed.

Reactions? 2) Got the consistently strongest responses, followed by 1) and then 3) was slumped at the bottom. 2) had the most to offer in terms of being unlike most other series out there, and offered the strongest hook for a prospective reader. Plus, it was doable on a tighter budget: an important consideration for a more junior television writer such as myself (and an issue I had been grappling with last year in my specs).

The issues with 1) and 3) overlapped: overly familiar stories without a strong enough hook (though 1's had more to offer, and more room to tinker with) and issues over budget (though I'd argue 1) could be done conservatively). Now here is where an important dichotomy arises: the battle of commerce versus artistic purity. Do you write for the market and trim back, or do you write whatever you want to? A good story with a strong voice is what matters, under any circumstance, but the realities of what you can achieve, within your pool of contacts and track record that potential broadcasters will consider, play a role. Budget is a big part of that, and I find doesn't get brought up terribly often in discussion of writing for TV. 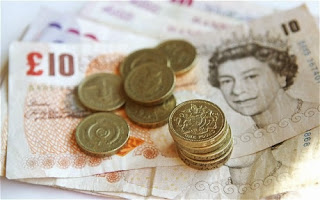 In addition, hence why 3) is at the bottom, it read as overstuffed with different ideas that didn't cohese, or come together, as a unified piece.There was aspects of time travel, advanced technology, human evolution and progress and the general climate of the late 30s leading up to war, and it seemed overdone. The challenge here will be to scale back and focus on a central idea. Of course, the upside is that by having your concepts stress tested, you can see what is and isn't working and cut out the stuff that will burden you later.

So, where does this leave me now: well, with a clear winner in 2), but with an interesting challenge in 1). The first will be, possibly, the most elaborate and sophisticated script I've yet tried to write, while the other offers me the challenge of finding something within an old format and style. hich will I go with for the purposes of this blog, and thus, the first project of the year? It's 1, though 2 will follow shortly after.

Email ThisBlogThis!Share to TwitterShare to FacebookShare to Pinterest
Labels: Diary of a Spec Script, pitch, screenwriter, Screenwriting, The Mummy, Tintin