To Spec or Not To Spec - Should A Brit Write For American TV?

Me saying America is the dream for filmmakers is like saying Diet Coke is inferior to regular: everybody knows it. Money's better, there's more platforms and distributors, the audience is bigger and there's simply a greater variety of series to work. Add to that that many TV scribes have gone on to have lucrative feature careers (Abrams, McKenna, Pinkner, Whedon) and well, who wouldn't want a slice of that? 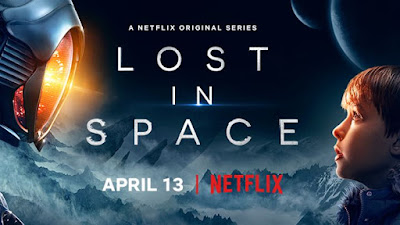 Of course, like everything screenwriting related, reality sets in: no unsolicited submissions, no contacts, agents don't want to know you, L.A. is expensive yadda yadda yadda, what is one to do? Well, several American networks/parent studios offer TV Fellowships: special training programmes, some even paid, where you get taught how to write television with the intent of getting you staffed on a series. And with no submission fee, all you need to take your shot is a semi-decent cover letter, and a finely polished spec script.

(NOTE: Spec is a common word in the screenwriting sphere, so it's important to clarify: 'spec script' , in this context, refers to writing a script for an existing show, and is strictly an American/Canadian thing. The UK does not trade in specs for existing series, only original material (spec pilots) so don't bother writing your dream episode of Doctor Who or EastEnders. No one will read it.)

The top dogs are as follows:

So, for a Brit, what are the pros and cons of doing a spec for these Stateside opportunities? First, the positives:
And now, the flipside:
If you're still unsure of what to do, https://www.tv-calling.com is a great little site that helps give you a lens on the American market, as well as a well stocked library of scripts to study. Unlike what you've seen on the BBC, these scripts are almost all broken into acts (this is less some abstract principle, and more to do with commercial breaks), so learn this as it'll help you write correctly.

The fact is, screenwriting is a crapshoot: anything you can get or use, do so. Every little really does help, and there's no one path inward. Worst comes to the worst, you have another script in your arsenal, and that experience is never not useful. However, if I can offer some of my limited advice, don't make it your first: get comfortable writing, get good at telling stories and then try speccing. You only get one shot to impress, after all.

P.S. If you want to be clever and try to bypass this by some good old fashioned networking, then please, PLEASE, don't pull a stunt like this one. Just don't.
Posted by ADiaz at 09:56