Now normally I don't do plugs or tell my followers or the average punter online to do this or buy that, but this is something very special and something very close to me that I feel the need to share it with anyone who will listen, and who wants to laugh. 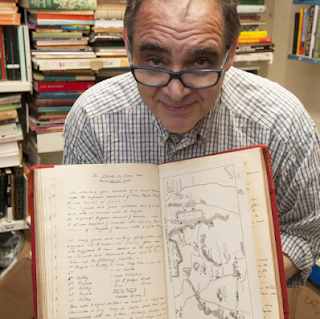 For those who don't follow me or my special animation blog, Very Strange Things: Journey of An Animated Series, Keith Matthews was the manager of the Oxfam charity bookstore I work at, and was a vastly talented actor, musician, theatre director, and writer in various mediums. He performed in many shows over 45 years, as well as being an expert on the UK radio game show Just a Minute (on which he contributed to two published books as a consultant with his almost encyclopedic knowledge). In the midst of all this and acting as a carer for his frail mother, he found the time to write a ridiculously large number of plays, poems, short stories and novel length works. He was a friendly, welcoming and trusting man who always had your back and would help you anyway he can. Be it practical advice or even cracking a joke, Keith could work wonders and even meeting the likes of Peter O'Toole, Kenneth Williams and Paul Merton didn't go to his head.

Sadly, Keith passed away at the still youthful and lively age of 55 in June of last year. It was a shock to all of us, me not just because he had been assisting my animation project by directing an audio adaptation of the pilot for use as an animatic track, but because he and I had been discussing our own projects and my anxieties over the future, now that I had left University. He had just finished helping out on the most recent Just A Minute book, and his spirits were never higher. As his coffin passed into the incinerator, accompanied to the tune of Somewhere Over The Rainbow from his favourite film, I thought that was the end of it. Keith's amazing talents and gifts would be remembered by a select few, but ultimately be forgotten to history.

But then, life had other plans: during the twilight of last year, his close friend and fellow thespian Richard Taylor managed to compile Keith's various manuscripts and through Amazon's CreateSpace, finally got Keith's life works published in a series of volumes. Click on the link to go to the special Amazon UK page which lists the following:
All five are available on paperback and kindle, each for under £5, well below what similar books would sell normally. If you can spare the change for even one of them, please do so. Keith had a unique gift in life, and now even after he's gone, I hope he will continue to bring joy into the lives of others for years to come. It's how he lived, and it's how he would've liked to be remembered.

So today I threw my hat into the contest ring yet again by submitting my little ten minute play Child's Dawn (formerly Child of Dawn) for the Young Harts Writing Festival 2016. Read up more here: http://www.hartstheatrecompany.co.uk/news/2016/1/11/young-harts-writing-festival-at-lyric-hammersmith-april-2016 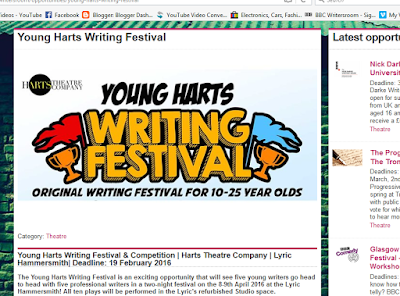 So yeah, a fun little opportunity to debut what it the second play I've ever written (following on from the still cooking Master Heist) and the rewards are mighty appealing.
Posted by ADiaz at 13:41 No comments: