Chernobyl, Craig Mazin and the deceptiveness of credits

So, while the ending of Game of Thrones caused a ruckus, HBO quickly bounced back with one of the most acclaimed TV series in recent memory, Chernobyl. This period drama, a co-pro with Sister Pictures, examines the real-life Russian nuclear disaster and cover-up that resulted in many deaths, and a lot more trauma. 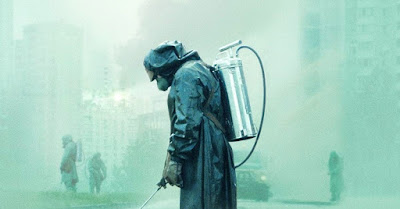 The mind behind this is veteran screenwriter (and Sexy ScriptNotes host) Craig Mazin, an industry pro whose films have grossed millions of dollars at the box office, and created a reputation of being able to bring troubled productions home and to said monetary glory. Alright, so for the unaware, you'd think this means 'Oh, well if he wrote Chernobyl, he must work with the likes of Nolan and Scorsese. He probably has a few Oscar wins to his name.'

As the title says, credits are a deceptive little minx. It's easy to look at Mazin's credits and go 'HACK!', 'SELLOUT!', 'FAILING UPWARDS!' and more. How on earth did he pull out Chernobyl when his past career heights were sex and fart gags? Oh, and a sequel to Snow White and The Huntsman, for some reason. Surely, if those are 'his creations', then there's no way he could've also written something of Chernobyl's quality.

Well, put big airquotes aroung 'his creations': much of the work in Hollywood is assignments i.e. what the studio hands out. Adaptations of books, remakes of studio I.Ps, script rewrites (Mazin loathes the term Script Doctor) etc. Stories of Hollywood rewrites are just as mythic as the films themselves: eleventh-hour fixes or scripts drowned under endless notes, despite the best efforts of the likes of William Goldman, Robert Towne, Nora Ephron, Joss Whedon, Quentin Tarantino and many more. In short, just because a project says one name, does not guarantee that said project is on the shoulders of that one person. Film and TV, like in any collaborative project, get revised all the time.

The way that the Writers Guild of America works, credits are often arbitrated and alloted, based on percentages of material contributed. You don't meet the quota, you don't get credit (see Frank Darabont and David S. Goyer on Godzilla, or Paul Dini on Maleficent). If you'd like to learn more about this, as it can be a headscratcher, I suggest you read Writing Movies for Fun and Profit: How We Made a Billion Dollars at The Box Office and You Can Too! by Ben Garant and Thomas Lennon. It's an addictive read that'll leave you chuckling yet also be rather pensive about the Hollywood machine. Love or hate their films, this duo (who have shared projects with Mazin, like Baywatch) have been at the epicentre of some of the big comedies of the last decade (Herbie, Night at the Museum), so they know their stuff.

For how Britain works, here's our own Guild.

But, what's just as important here, is what this body of work says about Mazin: he's a lean, mean writing machine. Regardless of critical reception, you don't last as long as Mazin has if you aren't able to deliver the goods on time, solve problems, and said goods turn out greater returns. If you are that good on assignment jobs... what then could your own original work be like? What level of trust have you built, through these jobs, to convince people to take a chance on your original idea?

In short, what's your reputation? A go-getter, a dedicated craftsman, or a stubborn, difficult pain? 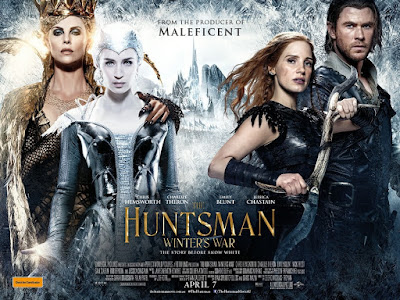 It's as true of the UK as it is of the USA. It's easy, especially for newer screenwriters, to look at the industry too much like a fan, and not as a professional with perspective. It's tempting to whine about how terrible you think these films are, and thus can't make the jump from Hangover 3 to Chernobyl as the work of the same man. However, here's some other examples to bear in mind:
All of this is to say: no experience or work is wasted. Everything can be a learning opportunity, if you choose to use it: clearly Mazin did, and now look what he pulled off. What's more, never take things at face value: writers are always writing, commissioned or on spec. Much of what you write will never see the light of day, it's just a sad fact. How different would the perception of Mazin's work be if his more dramatic projects got made, or he got credited for more serious assignments?

However, wherever you end up, you never stop pushing or challenging yourself, and you use that to broaden and improve your own portfolio. Even if the end product isn't great, to get on it in the first place requires one to have a certain, often high, level of skill. That can sometimes be as good of an endorsement as great work by critical standards.

Sometimes, a creator's body of work can say more than the surface allows. What Identity Thief and other of Mazin's work may lack as great or unique cinema, it makes up for as a reminder of having a good work ethic and initiative. Chernobyl then, on top of being a great show, is also proof of the potential rewards of said dedication.

The Worst Times to Submit Screenplays

It's the single most obvious thing in screenwriting: if you want to have a career, you've got to show someone your script.

You have to do research to find the right fit for your project: no point in selling a gorefest to a company that makes kids shows.

You have to navigate through barriers like emails and 'no unsolicited scripts' to get to the right person. Maybe you do a quick chat or have a brief meeting and start building a relationship there. A sense of trust. Maybe keep in touch every few months.

You have to do a  good and succinct pitch to convince them it's worth reading. Always pitch before sending.

Finally, with all that in place, you fire the script off to your chosen someone.

And then you wait, 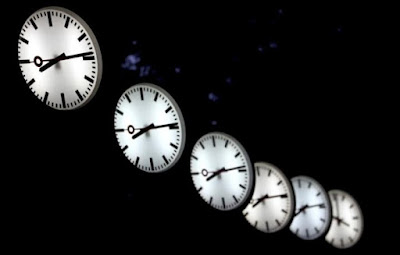 But what if there was yet another factor to consider? What if when you submit also has an effect on if your stuff gets read? Well, it's true: like any business engagement, you have to be mindful of when they are and aren't open. Everywhere has open and closing times, as well as holidays and other events.

So, what's the worst times to submit? Well, some are immediately apparent: December, January and even February to a degree really suck for jobbing writers, since they involve a lot of major holidays (Christmas, New Year's and then all the catch-up that development people have to do on the leftover workload. Plus, of course, the big awards.) The summer, too, sucks hard: July, August and the front two-thirds of September. Even if they're not parents and have to find somewhere to park the kids for six weeks, the summer season means people are flying off to holiday, or simply going down to the seaside, and as a result, are likely not going to be engaging much in work save for the big shoots.

No really, you are not 'beating the crowd' or being clever if you send a script out during this time: chances are many others have had the same bad idea and yours will just get lost on a big pile, physical or electronic, and end up buried, junked or forgotten about. And this includes any manner of national holiday or major event of any description: celebrations, bank holidays, half-term, Easter. 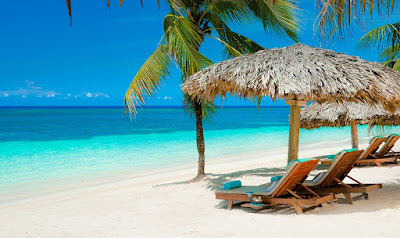 Alright, that's fair enough. When else is bad? Well, not just the date but also the time: out of office hours (pre and post closing time) are bad for the same reasons as above: buried under the upcoming or next day's business. And even then, not all business hours are created equal: the first and last hour of the work day are also not great, since people have just arrived/are about to go and really don't want anything slowing them down.

And if your kneejerk response is 'wow, development people sure are entitled!' kindly remember that, for all the glamour that the film and TV business confers on itself, it's still a job with all the same issues of grind as any other profession, including whatever your current one is: you wouldn't like it, having someone burst in and muck up your schedule, so don't inflict it on others. A little courtesy can go a long way, sunshine.

Naturally, none of this guarantees 110% your script will get read: the same old combination of timing, persistance and then just regular old good luck (or broken legs) plays as big a role as ever. Sometimes, people drag it out for months and months (through no deliberate malice usually, just they understandably have bigger projects and clients) or just never get back at all.

It sucks, especially if they're someone you really admire or had a good rapport with, but as I discussed in my Patience blog, you just have to keep at it. If you let worry eat you, your writing life will go from mildly frustrating to heart attack generator quickly.
Posted by ADiaz at 01:42 No comments: