HOW DO I DEAL WITH REJECTION? - Screenwriter's Survival Kit

This is inevitable.
You can do nothing about it.
It will happen.

Every writer, in every field, deals with this at least once (and that's being generous): rejection. The big R all writers fear (whereas Residuals is the R writers like). it's one of the hardest facets of being a working writer that newbies must make peace with.

Yes, you will work really hard on a script or other project (but as this is a screenwriting blog, let's mainly focus on that), only for someone to say no. I'll talk more about why shortly, but there's any number of reasons why rejections happen.

For as much writing as there is about rejection being a reality, I don't think there's much written on what it feels like in the moment; especially if you're new to the whole business. Naturally, I can't claim to represent every screenwriter in this: just my own experiences. However, for what it's worth, here's my take on the stages of rejection grief (mainly when you're a newcomer, though pros certainly feel the sting too), and what to do.


The main thing to remember with rejection is it's not personal. No one is out to get you, or humiliate you, or destroy your dreams.

Sometimes, it just doesn't work out.

BUT HOW DO I DEAL WITH IT?

Well, aside from going back to writing, one easy bit of advice is just give yourself room. Let yourself feel; let yourself have time to digest. If you're not on commission, then the script is being written on your time and thus, you are in total control. Step away for a bit; have a walk, eat something you like, maybe watch a movie or a show. Like after a night's binging, let yourself detox from a rejection. Give it a few days, I'd say. 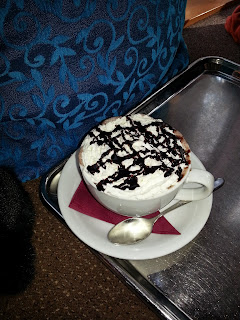 As time passes, and you get more rejections (which you will), you will find the stages get less potent. The shock, anger and upset will start to fade: never fully gone, but they will not be as harsh on you.

DO I NEED TO REWRITE MY SCRIPT?

I'd say, if you sent it out to multiple people, wait. If they all come back rejecting it, it's worth having another look over. As the saying goes 'If one person says it's crap, it's an opinion. If ten people say it's crap, you've got a problem'. However, never try to rewrite something right after getting a rejection - it's too raw for you yet to be truly objective.

WILL I GET USED TO REJECTION?

Like anything in life, the more you do it, the more used to it you become. The hurt and annoyance will never fully vanish, because you are an artist and you are, always, exposing yourself in creating your art. However, experience brings maturity and with that maturity, coping mechanisms. You may think you won't, but you will.

You will - that's just the immediate shock talking. Nor should you worry about 'lost chances': barring you being rude to the other person, new opportunities can and will emerge in time. Maybe this script wasn't for them, but another could be.

And if not? There's always someone else out there.

Always keep pushing, and you will get where you want to be in the end.