Hello, everyone in DA-land. Hope you're all keeping well. I've been quite busy with a number of things, I can assure, and hope to have some cool announcements in the coming months. (As always, follow me on Facebook:[link])

But anyway, let me show you something: Back in the summer, I wrote a recuitment drive short for Creative Access, a community organization that helps get BAME youth into the creative UK industries, like film and TV. I worked with some wonderful folks, like my director Juliana and producer Malick, and am very proud of what we did in such a short tiem frame (production was under three months).

Check it out here:
https://www.youtube.com/watch?v=LRQ5msngDlk

And of course, check out the site here:
https://creativeaccess.org.uk/
Posted by ADiaz at 00:07 No comments:

Alright, so with my reviewing career confined to the depths of internet history, what have I been filling the time with instead? As it turns out, several things.

First, I'm now in development on a short film for the Masters course. A post-apocalyptic drama about an age-divided society, in fact. Treatment's been signed off and now, I can get to work on actually writing a draft. Unlike the experience of writing Spider-Fly back in 2015, I feel there's been a greater understanding of time and budgetary limitations on the project, and a willingness to work within them. 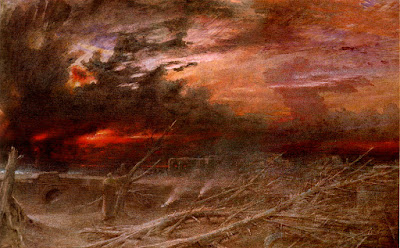 Second, my own writing projects are progressing slowly but very steadily: my first children's TV pilot, Spring-Heeled Jack, has recieved feedback both from a development assistant as well as a professional screenwriter whose been gracious enough to give me his time for free, given he liked the premise enough (I'll talk more about it when it gains a little more traction). Work on a second, a swashbuckler set in 1840s Spain, has just completed its first draft, and I aim to have a second out by the end of the month. It's a love letter to properties like Three Musketeers and Zorro, and it has been quite fun to write. Especially the villain. 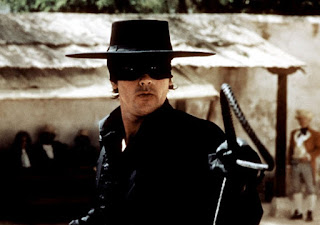 And third, I'm currently hammering out a treatment for a feature about the Spanish Civil War. An LGBT love story, in fact, set amidst the chaos of the conflict between Nationalists and Republicans. It was originally meant to be a miniseries, but feedback from trusted peers has advised otehrwise, feeling the core relationship is better suited to the shroter medium. Like with the pilots, once this gets more set, I'll let you know more. 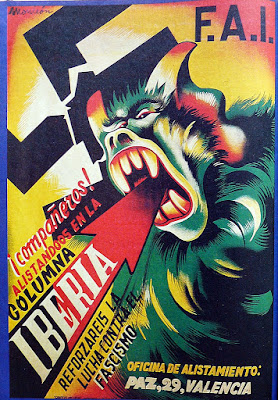 And that's that for now. Thanks to everyone who wished me well when I announced retirement from reviews, and I hope to hear from you again soon.