Read how-to-books or screenplays? Hey Genius, DO BOTH!

Blake Snyder is a hack who destroyed movies! No, Save The Cat is unparralleled storytelling genius. No you're stupid! No you're STUPID! FUDGE YOU! NO, FLECK YOU, BAR STEWARD! - the polite TV-broadcast version of what goes on in many screenwriting threads on forums.

In the eternal quest of the new screenwriter in tackling their first script, one of the first questions that arises is: what should I read? Screenplays or screenplay manuals? Should I just jump in and read PDFs like no tomorrow, or, should I study paradigms, beat sheets and arcs? Well, I've got an ingenious solution to your problem, and one which has never, ever, EVER, been broached before in the whole history of anything: do both.

I'll never understand the screenwriting community's bizarre fixation on one or the other. It's not like you're in one of Jigsaw's traps and forced to make a choice between losing your hand or your head. You, as student of the form and a consumer, have full freedom to choose what to go for. It's not binary black-and-white and to say it is is, at best, just standard elitism and worst, destructive to an artist's growth. 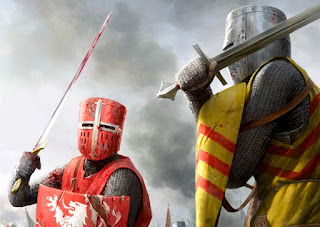 Brass tacks here: most new spec screenwriters (who are not muli-taskers, like writer-directors) are, by and large, not students of English Lit or have a strong literary background, period. Many are simply enthusiasts of various movie and TV franchises or persons in said mediums, and would like to write for them some day. Cue dropping to their first port of call: the internet. They do some rudimentary searching, maybe learn about Save The Cat or 'three act structure' and then after that, find a multitude of people grousing about STC and saying the only way to is to read screenplays and nothing else.

Let's start with books: blind adherence to formula is, of course, not a good thing, nor being married to a set of arbitrary rules. Absorbing all McKee or Hauge or Field has to offer may lead to a very proficient, polished screenplay, but it can also lead to an overly mechanical one without a sense of voice or imagination. While writing is hard, structure and pace can be learned fairly quickly: creating snappy, to-the-point scenes, as encouraged by these books, is very doable in a small amount of time. With a copy of Final Draft to boot, it's easy to create what LOOKS like a quality screenplay.

But looks can be deceiving: the common element with a lot of books is they can't teach you to have a voice, a unique style and POV that only you can tell. Nor can they provide you with distinct and different subject matter, so sadly, a lot of 'technically' proficient screenplays fall back on the same stories about cops with demons, star-crossed lovebirds and disenfranchised youth. X happens by page Y, at point B this twist happens and the hero gets C. All well and good, but kind of bland.

Here's the thing, to take the alternate view: if you can't explain or understand why something works in a story, reading screenplays alone is a total waste of time because you're not really learning. The books aren't perfect, but at least they can give you a framework and a means to explain what or why something is or isn't working. Without a basic grasp of dramaturgical terms or theory (in particular, oft-misunderstood terms such as 'characterisation', 'pacing' and 'subplots') you won't be able to really grasp and hone that vague ethereal spark that is your story idea. 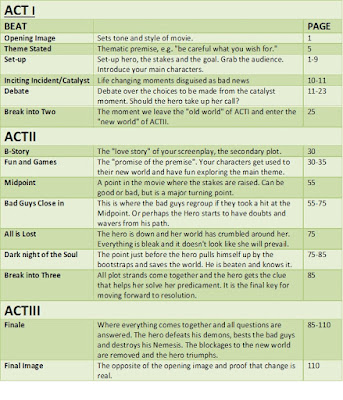 Too often, it seems the people who screed the supremacy of 'read alone' are people who were already aware of the conventions, or working in the industry and thus, could learn direct on the ground. For example, John August (Big Fish and co-host of ScriptNotes) began his career as a script reader so of course he didn't need Syd Field: he was already learning in possibly the best school possible. Nor did Ed Solomon (Bill & Ted): he was already working as a comic and got on staff for Laverne & Shelley while at college. He got the ultimate introduction to the craft by actually writing commissioned work. Others majored in English at a university level (Frank Cotrell-Boyce, The Railway Man) so again, didn't need the guides. But for many, either because of financial or health reasons, this is non-viable.

And, in an interesting dovetail, many of these guys got in decades ago, a criticism that's also been levied at guides for being out of date in their industry advice. Yet, the circumstances under which some of these people rose under is fundamentally different now, why should their word be any more sacrosanct?

Obviously, I'm being a bit hyperbolic, but I hope it serves a point: no one knows anything, so learn from everyone, take what you can and ditch what doesn't help. In the long run, no one cares how you write just as long as you write well. Do that, and things will fall into place.
Posted by ADiaz at 16:09 No comments: