So on Sunday, finding not much of anything to occupy myself with, decided to attend a workshop dedicated to the craft of book and lyric writing at the Theatre Delicatessen in Farringdon. The session was taught by theatre veteran A.C. (Ali) Smith, who has worked on a number of shows with hr biggest credit being a co-book writer on the West End production of the hit comedy musical Dirty Rotten Scoundrels, based on the much loved Frank Oz film.

The workshop was broken in two halves: first half was on the book/libretto, which is the backbone of the show that ties the songs together in a narrative. A book writer differs from a playwright, despite both working on the stage, in that musicals are a collaborative effort over the singular vision of a normal play, and thus a writer has to be conscious of far more elements and people than they would if they were writing a regular piece. It can also be a thankless job, as most praise for musicals tend to go on the songs and performances moreso than the libretto (shows like CATS and We Will Rock You have often had their narratives questioned, yet are still very popular because of the music.). The upside is that it encourages a writer to be much tighter in their plotting and pacing, getting from song to song while creating stakes and a journey worth going on with our characters (usually one or two, as multiple characters tend to lean towards revues). 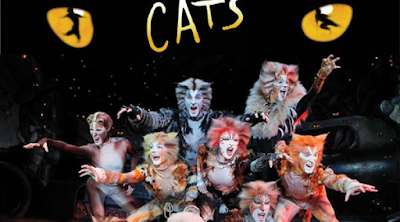 An effective book, Smith explained, was divided into two main lists: the 'keys' and the 'stages', both self explanatory. Five keys in fact:
And then three stages. Again, very obvious:
Naturally, all this is well and good, but what do you do when you don't have songs? Not to worry, as you can have dialogue placeholders that convey whatever the final song is meant to, and again, revisions can and will smooth this out. Jukebox musicals (Rock of Ages, Jersey Boys) are not far off from that, albeit there you have to weave in and justify existing songs in the show. 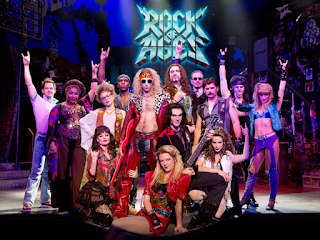 Structures can vary, though the standard (from a writer's perspective), are a three (covered this one many times before in the blog, so I won't reiterate) and a five act (i.e., something like tragedy, where the first two setup our lead, his/her wants and how he 'gets' what he/she wants, while the last three show his fall). But wait, you say, most musicals are played in two! That's more for commercial reasons instead of narrative ones, and just means you may get a break at the end of 'Act One' i.e. act two in a three, or act two/three in a five, depending on your story.

The second half was devoted to lyrics which, believe it or not, don't necessarily require you to be a musician nor are they poetry with music. Lyrics are something that can be very infuriating at first, but as you get used to them and find your voice and style, they can become a second nature, and coupled with the many different types of 'texture' and 'flavours' words can have, there really is no wrong answer other than keeping it true to the character who is singing it (you wouldn't have a comedy relief singing something really profound and complicated) and not to cheat/go overboard with rhyming. It is important not to confuse rhyming with what is called 'Identity' i.e. Shaped/Shape, Fuse/Confused, where the words almost but do not sound similar. You can also create connections with vowels and even just the melodies of a song.

As with books, Smith outlined six rules of lyrics:
To demonstrate this, Smith played us a song from one of her own projects: My Secret Love, which tells of Queen Elizabeth I and her worries for her lover, Lord Dudley. Listen to the track and read the lyrics at the official page here. It takes on a folk song-ish dimension in its stylings, and Smith was very determined to keep the language as period authentic as possible to create an authenticity that fit both the era and the character. The AABA method is present here, though the instrumental serves as the Contrast here, and the hook here is the repeated use of 'secrets'. 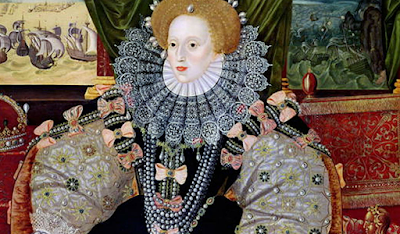 And with that, our time sadly drew to a close. I must say, this was rather fun and a most welcome change of pace! Great atmosphere, friendly people and plenty of helpful tips. The fact is, I have loved musicals all of my life, from the Disney Renaissance gems like Aladdin and Lion King, to many beloved screen and stage classics like Singin' In The Rain  and Victor Victoria. I just love the ability of music, especially musical theatre, to inform, inspire and of course, create laughter. I enjoy the sight of a smiling audience, engrossed in whatever my work happens to be, and I had long been interested into expanding int musicals. I even tried to make my last University short film a musical! I felt the workshop was thorough and most helpful, though I lament we didn't get to do exercises in lyric writing as I would've liked to try and out what we had learnt to use. Oh well.
Posted by ADiaz at 23:03 No comments: 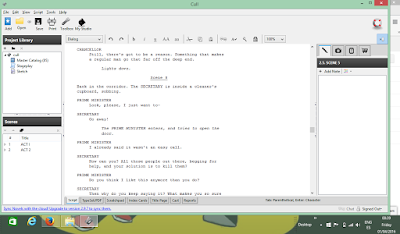 
So now begins the round of sending out to suitable competitions and theatre companies. Break a leg or twenty!
Posted by ADiaz at 00:43 No comments: