Another first for me: a book review on a news outlet. I review one of the newer Sherlock Holmes novels for Blasting News UK. Plus, it's from a Torchwood and Primeval writer, no less. 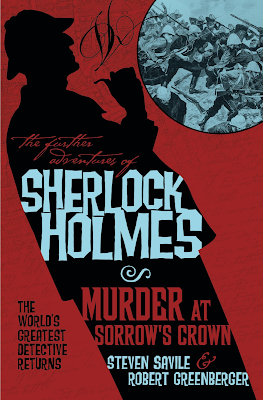 So recently, I joined up with international news website Blasting News as an article/content writer. While I am not their official film critic, they do allow for reviews to be published. Taking the initiative, I decided to review Marvel's latest effort, the mind bending fantasy Doctor Strange (co-written, ironically, by one of my influences, C. Robert Cargill of Spill.com fame). 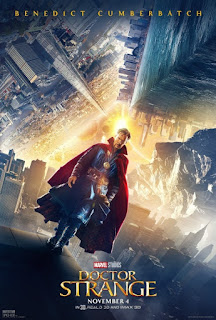 It tighter and leaner than what many will be used, in contrast to my Youtube and ThirdAct material, but I feel confident in what I produced:
http://uk.blastingnews.com/opinion/2016/11/doctor-strange-review-triptastic-fun-001254073.html

Apologies for the lack of consistent updates. I will be bringing a more regular feature to this channel very soon.

Now, as you'll recall from last time, I mentioned that I had finished first draft work on a children´s adventure novel, then simply titled Joel. Now titled Curse of The Ptolomies, it's a love letter to old school European adventure stories, centering on a young errand boy's quest to find an ancient weapon and save Victorian London. I´ve been steadily working on the second draft since last week, beefing up chapters and increasing the detail level.


Taking my time, to ensure a well rounded draft, my aim is to have it complete within a month. Curse of The Ptolomies should have most preliminary work done before 2016 is out. Hopefully after Xmas, I'll get the third started.Possible target for a completed novel is still for mid to late 2017, but I never like to give absolute guarantees.
Posted by ADiaz at 14:49 No comments: