Rocky was written in three days.
John Hughes wrote Ferris Bueller in four.
Bone Tomahawk had only one draft.

Now, the smart screenwriter looks at these and realizes that these are just cogs in a bigger machine. Films are seldom all there in just the writing. A lot changes through development and then, hopefully, production and release. Rocky, Ferris and Bone all changed as they saw the light of day, having input from dozens of people, ranging from the top brass to people on set to even friendly advice. Ferris had lots of improv, and several key moments and scenes in Rocky were overhauled due to location and budget issues. Bone Tomahawk was also not S. Craig Zahler's first script. 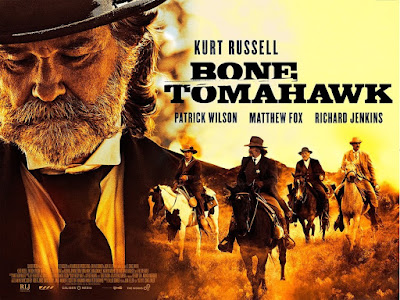 The less-smart screenwriter looks at this as the perfect excuse: See? See? I can create genius in mere days! Screw the rules! Sod the treatment! Frack the rewrite, I'm Captain Goddamn Invincible!

And thus is born years of whining on forums, hawking the same script about gangsters over and over and over again. The sort who always lash out at 'hacks' writing the next TransformJoeManBegins, believing they're the ones entitled to such gigs. Sad, but anyone familiar with the online community has seen this diet Shakesperean tragedy play out over and over and yadda yadda yadda.

Here's the thing: you want to write something good? Get ready to do a whole lot of work, and for a long time. Masters of their crafts sink many years into being the best. Even an 'overnight success' like Evan Daugherty had to do tons of writing before he sold Snow White and The Huntsman and got franchise jobs. He'll tell you so himself here.

A component of this is, of course, rewriting. Like it or nor, you will never get everything right on the first try, or even the second. A good writer gives themselves the breathing room to not only create, but to make mistakes and learn from them. You have to develop a critical eye and know what makes a compelling story tick. How do you find three-dimensional and complex characters? Rewrites. Cracking dialogue? Rewrite. Deep and resonant themes, raised through engaging conflict? Rewrite too. Regardless if you believe in saving cats or twenty two steps, you have to be able to properly assess why something isn't landing, and that takes trial and error.

Some things you can do to help your rewriting be less painful and speedier? How about:
Also, attitude is important: acting bigheaded and defensive when people try to help and offer suggestions will not do you any favours. In fact, it'll arguably be more destructive than any bad screenplay. Humility and patience are vital qualities in any career, especially one as team-based as filmmaking. Being prickly or butting in while someone is explaining something will mess with your ability to take meaningful hints and improve yourself.

Will every note be gold? No, but a smart writer will take it in, give themselves some breathing room and interrogate it. If a note isn't making sense, ask yourself why? Have you botched something in communication, leading to confusion on what you were trying to convey? Does a character say or do something contradictory? Is the subtext nonsensical in the context of your scene? A great tip I had from a film when discussing story and meaning: 'What's it about and what is it REALLY about?' Example? Rocky: About - a good-hearted bum who gets to fight the heavyweight boxing champ. REALLY - A downtrodden underdog learning his self-worth.

Now look, I get the annoyance: you get a high when you write something you're passionate about and you just want to keep trucking. Keeping pumping out new and exciting works! I'd be lying if I said I didn't get that feeling and relish the high. Unfortunately, like any human being, too much of a good thing never ends well, especially if it messes with your focus and objectivity. Persistance and dedication is what weeds out the amateurs and gold diggers from the real storytellers.

If you really believe in a script, you'll go the long haul with it, even when it looks like a complete train crash. Stories and writing them are like odysesseys, long journeys of discovery filled with pitfalls. However well you think you know your story when you start out, you will always learn things about your characters and their world as you keep digging deeper and deeper in. To counterpoint the first three examples on speed of writing great stories:

Steve Martin took 25 drafts to write Roxanne.
Matthew Graham and Tony Jordan rewrote Life on Mars many times before Kudos picked it up.
Matt Weiner wrote the first draft of Mad Men all the way back in 2000.
Posted by ADiaz at 11:14