Tokarev (2014); OR, Subversion for Subversion's Sake 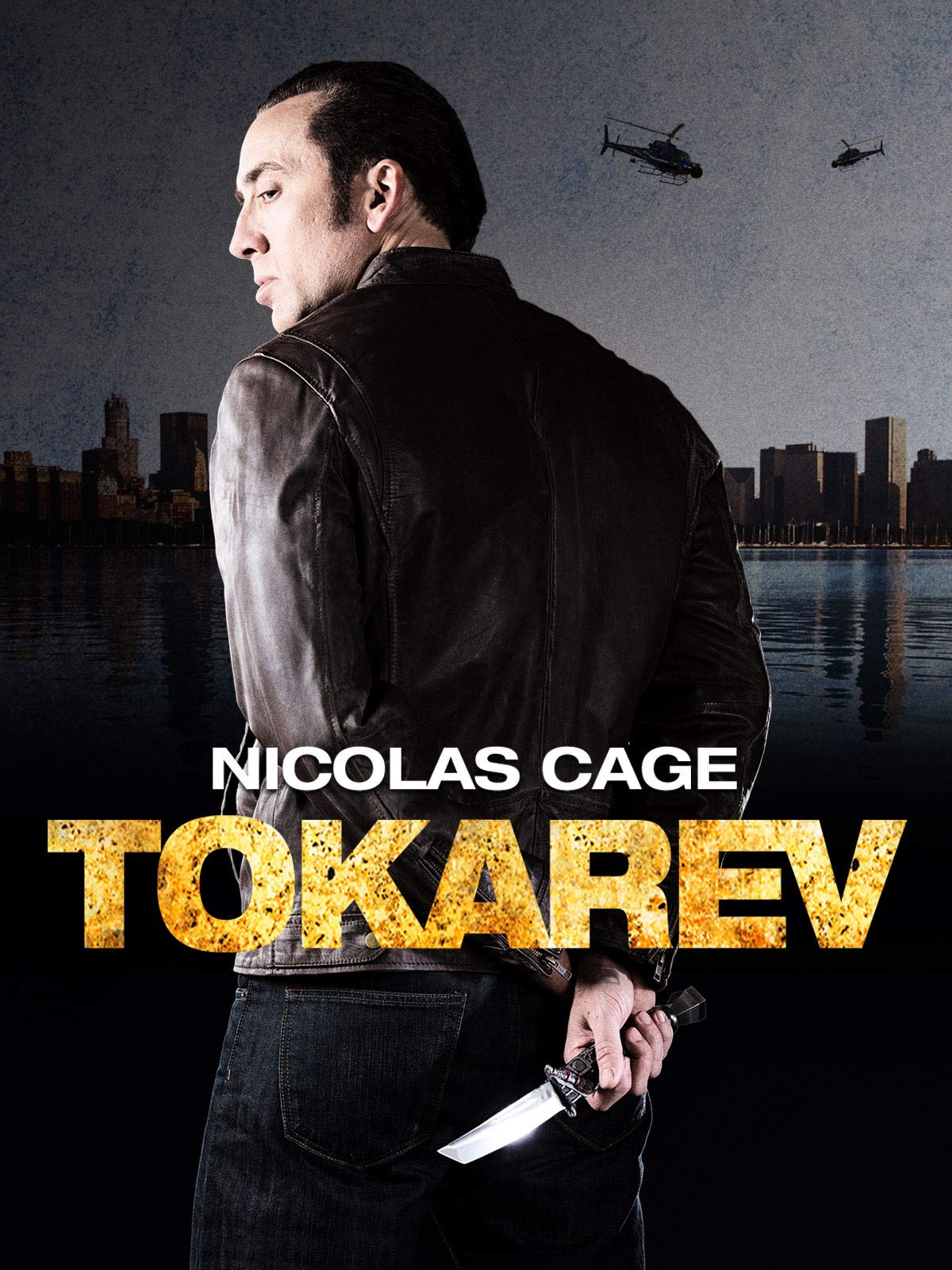 The 2010s are an incredibly odd era when it comes to Nicholas Cage's filmography: from indie king in the 90s, to major star in the 00s, this decade was schizophrenic and lacked a consistent identity. One minute, he's your regular Hollywood lead (Ghost Rider Spirit of Vengeance); the next he's a quirky character actor (Into the Spiderverse) and then there's the headliner of low budget genre fare. Some are madly experimental (Mandy, Color Out of Space); others just lower grade versions of studio movies (Dying of The Light, Trespass), and then there's Tokarev (aka Rage in the US).From the outside, it's cut-and-dry: it's Cage-Taken, a badass dad out to get his daughter back from villains. However, Tokarev makes a couple of key choices to set itself apart from both the Neeson franchise, as well as other B-Grade revenge flicks. In turn, I think there are some valuable screenwriting lessons to be learnt (outside of the usual shortcomings of these types film i.e. the two-dimensional characters, the well-trodden premise, predictable arcs etc.)

Naturally, there will be SPOILERS, so you are warned. Tokarev is free on Amazon Prime, if you want to watch it. 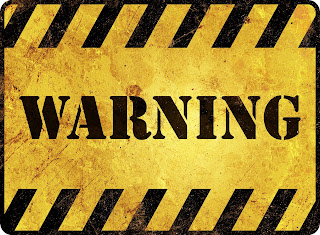 Tokarev starts out simple: Cage plays Paul, a reformed crook, now construction bigshot. He's a good husband and devoted to his teenage daughter Caitlin. However, Caitlin is abducted while he's out to dinner. With no ransom demand, Paul turns to his old criminal buddies to help get her back. Alas, a few beatdowns are not enough and she's found dead, having been shot by the titular Soviet weapon.

This freaks out Paul, as he and his two friends had stolen cash from the Russian mob as young crooks, swearing the theft to secrecy. Paul becomes convinced this is all a revenge plot, goes on the offensive against the Russians, and even suspects someone ratted him out. All pretty standard.

Tokarev then throws out its big curveball: it turns out it was Caitlin's boyfriend who killed her. How? Because she and him got drunk and took out Paul's old gear which, surprise surprise, included the Tokarev he had taken years earlier. She gets accidentally shot and so he concocts a fake kidnapping to mask what he did. Realizing that he's brought hell down for no reason, getting his friends killed in the process, Paul lets the Russians kill him, consumed by his past sin.

I kind of like the twist, at least in concept: it's unexpected, you do get small hints that, to Paul and his fellow criminals, something seems off and it serves as dramatic irony. It even mirrors Paul's own life-altering choice with the Russians and how taking a life changed him. Tokarev plays less like a Diet-Taken, and more like the tragedy of a man who, in trying to hide his crimes, is destroyed by them. Paul's not a bad guy: he values family and friendship and he has, by and large, left that life behind. Even his drive to get revenge comes from a genuine place: he values his daughter above all else and saw her as the embodiment of his new way.

For a film of this calibre, this is more thought than one might expect. Screenwriters Agnew and Keller's experience in genre B Movies means they know the tropes inside and out, and can find ways to play with those to create something with more depth. Toying with formula and genre expectations can lead to fresh and exciting new experiences (Knives Out, Mad Max, The Lego Movie). However, this decision has huge knock-on effects on the rest of the film that open up many holes and undercut what, even among negative reviews, has been called a genuinely strong element. Tokarev would make for a perfect case study in set up and payoff, and how to correctly subvert expectations to deliver a payoff that's not only more original, but more satisfying. 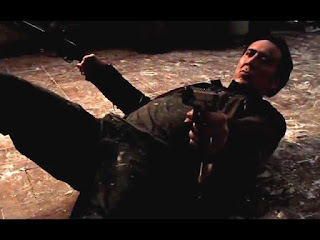 Tokarev reminds so much of one of the classic beginner's screenwriter's mistake - stapling on a twist to an, otherwise, bog standard story. Just write something that's identical to something else, thinking it'll be an easy sell, but then throw in a last minute wrench to catch the potential producer off guard and have them leaving going 'Wow, what an ending!'

Mashing up what I would describe as Taken and Carlito's Way, however, leads to a film with a confused identity: characters are not deep or textured enough to work as a searing drama that meditates on redemption, but there's also not enough action sequences to be a proper action film. A twist like this only works if the rest of the narrative supports: the best twists make subsequent viewings more enriching (think of say, The Sixth Sense). It's like jamming a peanut into a half-melted chocolate bar and calling it peanut butter chocolate - doesn't work.

The main offender, naturally, is the protagonist. Paul is presented, throughout the film, as too much of a nice guy for this twist to land. The film is too earnest in his 'new' self for it to feel justified: he shows remorse, he does have second thoughts, he does doubt why he's doing what he's doing and he does feel powerless. The film makes his quest for revenge palatable to the audience, so when it turns out he was going after the wrong people all along and it was his own gun that killed Caitlin, it feels awkward. Sudden.

If he was more turning more monstrous and become more willing to let innocents get hurt as he tears up the city, the irony of him being, in essence, his daughter's killer would work a lot better. On rewatch, it would make his choices feel more pathetic and tragic, now that we know. Maybe if the film had challenged his 'nice guy' image more, it could add another layer to his character and have us, as the audience, question more who he truly is: did he ever really change? Was his daughter the only thing holding him back from becoming a monster again? As the text stands, Paul is presented in a way that that doesn't match the intended effect of the narrative he's being taken through. Imagine if Othello 'killed' Desdemona but it wasn't him, just some soldier under his command who did it for reasons unrelated to Othello himself or Iago. It's tragic, but the meaning is completely different and less potent.

The fact that the boyfriend, the real culprit, is barely in the film and has no real dynamic with Paul compounds this problem: how much harder would it hit if they had begun bonding in their grief, had gotten closer, only for the bombshell to drop? Would he egg on Paul, maybe get involved as a means to save his own skin, or would he try to pull Paul back as some attempt to atone for his own crime? What vein of rich, ironic drama could be mined there?

The other major problem is that, with its current execution, the twist leaves us as an audience with no sense of closure to the plot, cheating us out of catharsis. Think about it: the Russians still rule the city; Paul's wife is left without her husband or step daughter, and the real killer is still free. This invites so many questions and makes Paul looks ineffective as a protagonist. By not making the tragedy hit harder, and using it as a means to tie everything up, Tokarev ends up, as a story, unfinished. The mob boss doesn't even get the final showdown or come to kill Paul himself: it's just a squad of faceless goons. Had he finished the job himself, it would've acted as a mirror to Paul's own past.

Tokarev, in every way, is a perfect example of how much payoff matters in writing a compelling story. It's also an example of how great ideas, alone, cannot salvage something that doesn't try hard enough everywhere else.

HOW DO I STAY INFORMED? - Screenwriter's Survival Kit

WE'RE BACK, and with a big one.

In past posts, I discussed that it is important to chase up your network every few months. On top of that, to know what’s happening means you need to follow the news in the industry. These places will often announce new shows coming out, if shows have been recommissioned for another series, or who is working with who. Often times, they will also include the names of the development team behind the show, who are people you can contact and the companies making them (companies which have development people, very important that.

Now, where are the places you need to keep up with? Well, here's a few:

Follow production companies on their social medias pages to stay up-to-date. Facebook and Twitter are the main ones where they will post news about projects, commissions and other bits of business. Mentioning these developments in your catch up email will show whoever the relevant contact is you are keeping informed and interested in them.

If you are interested in a specific show, they do often have dedicated, official (always double-check) pages on these websites, where they keep fans up to date on what's going on. 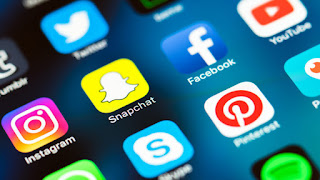 These are websites and magazine all about what’s going on in the business. If you don’t want to, or can’t afford, a physical subscription (which can get pricey, if you follow multiple publications), you can also follow them on social media and visit their websites every couple of weeks. 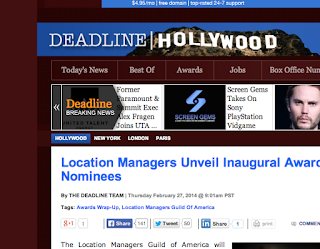 Another good, if not vital one if you want to go into children's or animation, is Kidscreen, which is exactly what it sounds like – news on kids content.

When you are in meetings and talking to people, don't be afraid to ask ''So, what are you working on?'' Not all projects, especially newer ones, get announced and, well, you never what one might be setting up a writer's room in the future.

Short this piece, but sweet. Knowledge is power. Go get some and become an industry He-Man (or She-Ra, entirely up to you).