So, You Want To Be A Movie Critic? Guidelines To Being An Online Media Reviewer

So, you’re a young, fresh faced movie geek. You’ve just watched your first Kurosawa or Hitchcock film; you’ve memorised all sorts of random facts about your favourite franchise (Star Wars, Marvel, DC, Jem and the Holograms, etc.), from the names of the production staff to what kind of tape the gaffers used on the set; And, the biggest one of all, you don’t have an immediate circle of people with which to share your passion. For them, cinema is just for big explosion fests, cartoons and maybe the odd ‘serious’ movie around Oscar time.

Jump onto social media and become a film critic (or reviewer, depending on your influences and how you view your craft and dedication) of course! Maybe a Youtube channel, popping out a couple of 5-10 minute videos a month, or perhaps a blog that you update every few days. You might even go to Wix or WordPress and start up your own website. Either way, you want to start talking about and dissecting movies.

But how? What are some of the fundamentals you need to get right? Well, as someone with seven years of experience in the field, spanning written and video content (Blasting News, ThirdActFilm (alas, now defunct), Youtube), and collaborating on projects such as Red Ribbon Reviewers), I have a few possible suggestions:

1. KNOW WHAT YOU’RE TALKING ABOUT!
Do you know a thing about what the process of, say, directing or screenwriting or producing or cinematography is? Do you know your mise-en-scene from your Inciting Incident? Do you understand how dialogue works within the confines of ‘show, don’t tell’, or the importance of three point lighting?

If the answer is no, even to just one of these, then congratulations: you’re already lagging. It’s shocking how many people make movie reviews without understanding the basics (just like people who try to write and/or direct shorts without knowing about the craft). You don’t need to have made a film to talk about film, but you ought to get informed on the how and why if you want to present the best and most thorough review possible. After all, would you trust a doctor who didn’t go to med school, or a firefighter with no training? 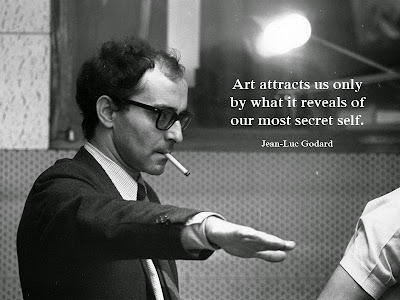 There’s a veritable wealth of videos and literature that will greatly expand your knowledge of the medium, as well as make for stimulating reads. Added bonus? If you ever do decide to dip your toe into filmmaking, as study or hobby, you’ll have a heads-up with these.
Some of the usual suspects include, but are not limited to:
Now, in terms of video/audio content:

2. Know about other critics
While this may seem obvious, if you’re getting into movie reviews because you’re a fan of maybe, tops, three or four people on Youtube, then you’re limiting your knowledge base as well as inspirations. Nothing wrong with the likes of Chris Stuckmann, theFLICKPick, schmoesknow and Screen Junkies: but like with my next point, the more you know, the better your own work will be.

Watch and read a variety of reviews, reviewers and critics. Some immediate names, past and present, include Roger Ebert, Richard Roeper, Mark Kermode, Janet Maslin, Pauline Kael, A.O. Scott, Peter Travers, Owen Gleiberman and even the anti-christ of film criticism himself, Armond White, all have distinct ways of breaking down films. Some favour a more general deconstruction, step by step, while others will focus on specific elements like say, plot or character or pacing.

3. Have a broad palette
If you want to be a film reviewer, and your only frame of reference is superhero movies, the odd Tarantino flick and some cheap fart comedies, then you might be in trouble. Not saying anything is wrong with these, but to properly discuss and analyse film, you need to be aware of what types of movie there are (same if you were writing about television or video games), how they work, when they were made and how they succeed. 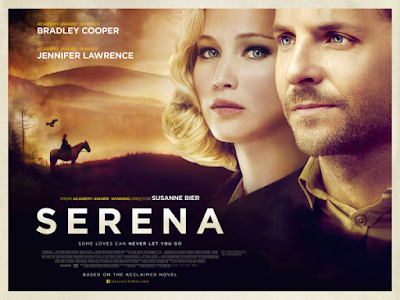 You don’t have to like everything, but you need to at least be aware of all the genres: action, horror, adventure, thriller, comedy, sci-fi, western, biographical, documentary, parody etc. There are plenty of ‘Top 100’ lists out there from both critics as well as film establishments like the American Film Institute or the British Film Institute to help you, but some of the immediate suspects you should have crossed off:
And that’s just a quick skim! I could’ve done an entire article on the must-see movies for any young film enthusiast. Variety and perspective in your film diet counts for a lot when you want to really get stuck in with cinema and discuss the medium in all its strange quirks and habits.

4. This versus that, comparisons versus futility

Unless they are very similar films (like say, Friday the 13th vs My Bloody Valentine), comparisons in a review are a silly and fruitless exercise: why would you dismiss a film because, say, it’s not Citizen Kane, when it’s obviously not trying to be Kane? There are many reasons why, say Transformers: The Last Knight was bad, but it sure isn’t because it’s not Gone with the Wind or Schindler’s List. Likewise, obviously trashy fare like Killer Klowns From Outer Space or the 80s Hercules movies with Lou Ferrignou make no pretenses about being anything other than what they are, and have enjoyable merits of their own if you are willing to try.

These types of sweeping statements stink of amateur and show you haven’t developed a great love or understanding of the medium, yet, if you have to resort to quick name-drops. It doesn’t prove your street cred to fellow film geeks, it’s just hackneyed. Plus, we’re reading or watching to hear what YOU have to say about the film in question, not what you think you’re meant to say and compare it to.

5. Don’t know it? Don’t use it!
Again, another way to avoid looking like a dumb kid on the internet: if you’re not sure what something means, don’t try and sound clever by using said word in your reviews. The people who don’t know it will be confused, and those who do will laugh at you for using it wrong. It’s laughable how often people will say ‘cinematography’ to talk just about camera when, if you actually know what the word mean, you’ll realize it covers more than that. Same with how often tone or theme are misused as well. 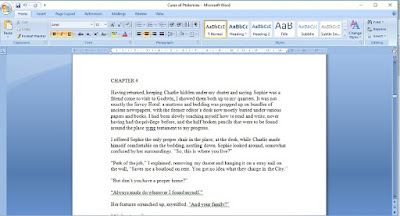 In this day and age, you have plenty of resources to be able to check if you want to talk about certain ideas or subjects (like the reading list above) but aren’t entirely sure. If you don’t put in the effort to get your facts and definitions right, then why on Earth should anyone give you their time?

6. Read it, then read it again!
Proof reading is one of the most overlooked yet important elements. Not just basic tidbits like minding Ps and Qs, there and their, its and it’s etc. but also the structure and flow of your piece. Is your focus clear? Is your argument, positive or negative, detailed and well-supported? Do you adequately explain why you thought, say, the musical score was off-putting or the cinematography was intoxicating?

Detail is everything to a film review (or indeed, media criticism period): it’s the eggs and sugar of a cake, or the yipee-kay-ay of McClane. Bad articulation of points, poor use of terminology, bad structure and a conclusion/verdict that doesn’t match the preceding points, whether it’s written or a video review, is what undoes countless newcomers.

7. Do it because you want to
If you think writing movie reviews is the shortcut to fame and fortune, then you might as well put that time into something more practical, like engineering or computer coding. The truth is that there’s very little money in online content nowadays (ad rates have crashed over the last decade), save for those who prove themselves worthy of sponsors or having people willing to pay for a Patreon.

You create your channel or page because you actually want to talk about and share your views on film. You do it because the magic of the silver screen, whether it’s in 2019 or 1939, compels you, entices you, baffles you, intrigues you. You do it because you find merit in the hard work of dedicated artists and craftsmen. The reasons why are legion, but what counts is what you add to the discourse as a unique individual with a unique worldview. No one can do it like YOU.

Bonus tip: be respectful to your audience. Just because you’re the one at the keyboard or mic is not an excuse to behave like a condescending elitist. People will gravitate more towards someone they could actually talk to, and don’t appreciate being yelled at.

(This article was originally posted on ThirdActFilm.com on 26th August 2017. Some elements have since been revised.)
Posted by ADiaz at 20:23