It's a nice thought: that one magical, transcendant screenplay that'll catapult you to the top of Hollywood. A literary work to rival Kane or Butch Cassidy, and place you in the venerated pantheon of Goldman and Towne. A masterwork of drama or comedy that you worked on, nay, slaved over for years and years, perfecting every last detail. Truly, you are the cinematic Messiah... 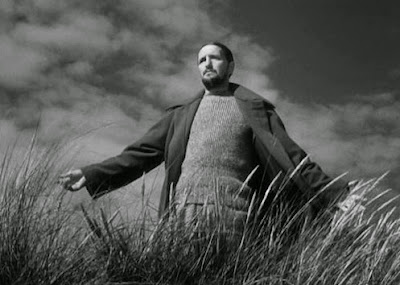 And you know what? It's complete, utter and total bull.

No one who actually has anything resembling a career has just one good script, or worse, WAITS until they sold that one script to write more. It's like if a baker only makes more cakes after just baking one, or a dentist who only does cavities and nothing else. I, for one, am always frustrated when I see well meaning folk pop up on forums and Facebook writing groups with a script that they say they've spent 'years' on. An A for effort, yeah, but it's also obvious they haven't written anything else in that time. They put all their eggs in one basket.

Being able to generate multiple ideas and then write as many scripts (film, TV, radio, stage, short, webseries) as possible is vital to making it. Each one presents a new challenge for you to grow and improve as a storyteller. Your characters have more dimension, your structure gets tighter, your pacing faster, your dialogue sharper. It's slow, but worth the slog if you really want this bad enough. As Frank Darabont said, ''Everything is self-applied effort in life. You don't get anything easily.''

Alright then, so what can you do?
No matter what plan you pick, just follow it through and pump out as many different projects as you can. Start something new every time you finish a draft or two of a project. With a rota, you could have few as say, four, and as many as ten or eleven new scripts/treatments by the end of a year. If you really consider yourself a storyteller, you should be turning out many different tales as often as you can.

Writing is hard. Very hard. No formula or beatsheet will change that, and if you really love it,  you'll push yourself. Getting your first script finished is a wonderful feeling. Knowing people like it: even better. However, staying married to past glories is dangerous: say your script does the round at contests and companies, and no one goes for it. What now? If you just hawk the same thing year after year, you'll look like a one-trick pony who never had anything interesting or unique to say.

I speak from cold, hard experience. Look for yourself:
http://verystrangethingsanimated.blogspot.co.uk/

You know why else this is handy? If you get a pitch meeting, you may well be in a scenario where they like your writing, but the script's just not right for them at that moment (I have). They'll ask, what else?

See how helpful this backup can be? But if you're still not convinced, listen to working screenwriter Mark Sanderson and his experiences.
Posted by ADiaz at 16:06