Movies are, by and large, the bread and butter of screenwriting guides. Three act structure, twenty two steps, story circles, hero's journey blah blah you get it. Naturally, this brings us to the question: what about TV? Surely, with the television renaissance of the last decade, someone must also be trying to conjure up paradigms and frameworks for writers to use to make it in the new hotbed of long-form storytelling?

Well, kind of: the market of TV gurus is substantially smaller than its feature counterpart. There's no 'definitive' text like Story, Screenplay or Save The Cat, or a unifying figure with a following like Robert McKee or Syd Field. The good news is that there's far less titles to cover, so your wallet will be grateful for the reduced strain. 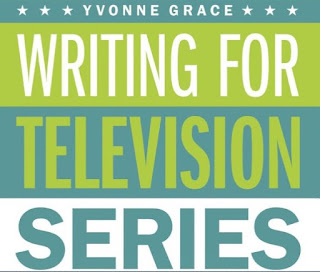 Let's go over what we have. For ease of reference, I'm splitting them up between British and American titles. The latter still have loads of valid advice and techniques for sure, but the former are important as domestic is where you will, and should, be calling first.

First, the homegrown literature:
And now, for the States. Unless you plan to emigrate, you'll be reading these mainly for story advice:
Naturally, this list is by no-means exhaustive. I imagine more will come out in the future and that, some day, there will be that one towering voice. If you're more adventurous in book hunting, then the same criteria from feature guides applies here too: