No sugarcoating here: You're the problem. You make the rest of us look bad. It's because of you, yes YOU, that companies won't take unsolicited submissions for fear of insane lawsuits, why agents rely so heavily on referrals and why 'breaking in' is so dominated by contests of dubious merit.

The arrogance, the entitlement, the utter lack of self-awareness leaves me gobsmacked sometimes. On forums, Facebook groups, even, if you're so unlucky, at Q&As and events. I am tired of hearing the same empty pleas, vague generalities and just poor manners in general. People want to help, people want to be nice and yes, believe it or not, there are people who want to listen and work with new writers, but time and again, are discouraged. 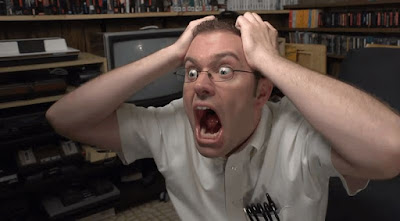 So, here's my humble supplication, my gentle plea, for you to stop doing these things, or avoid them in the first place, and make life a little easier for both the industry and you yourself. You are already going to have enough fights on your hands, at least take these ones off:

Screenings and panels, unless specificed, are not an excuse for you to hog the mic and waste the time of guests and attendees by doing some nervous, blathery pitch for your script. Being daring and being dumb aren't interchangeable, and no one is giving you 'mad respect' by pitching your dream movie to Jonathan Nolan or J.J. Abrams. 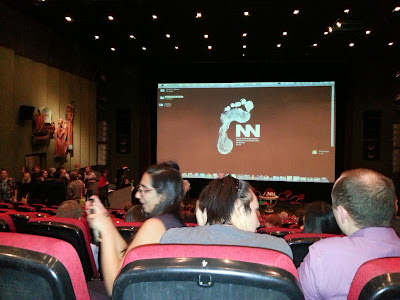 As discussed in a previous blog, these people are out of your reach. They're too big and busy to take on untested talent. Not to mention, like unsolicited submissions, they want to avoid lawsuits if they, entirely independent of you, come up with a similar idea. Instead, focus on making your own stuff or pitching to smaller producers.

People are not out to get you when they say something you wrote needs work. They are not denying your 'genius', and they are not forcing you to conform to whatever dogma Save The Cat spews. Nothing gives you the right to be abusive or sharp with people who have given you their time to give you some feedback.

This is doubly so if you're using paid reading services: you paid for it, don't complain when they give you what you asked them for. Does that mean you blindly agree with everything they say and have no right to defend your work? Of course not: as the maxim goes, take what works, ditch what doesn't. If they are saying a character doesn't make sense because their actions don't fit, consider if this is a deliberate choice you communicated badly (it stays) or if that's not what you wanted and you meant to write something else (it changes).

What is so bloody hard about providing links when you say 'I won such and such award' or 'I made such and such film, so please work with me'. Why do I constantly see, especially in Facebook film groups, people saying some variant of 'Hi everybody, I'm an award winning screenwriter looking for a agent/producer/collaborator in London/Dublin/Glasgow/other city. Do you have anyone in mind you can recommend please?' AND THEN NEVER SAYING WHAT THEY WON?!

You want people to help? Give them a reason by using the highly exulted, all powerful, divine magic of copy and paste and hyperlinks. You clearly want to impress us: do it. And, for the love of Cthulu, JUST TELL PEOPLE WHAT YOU WANT! Why are you being vague? If you want to make a horror or a comedy, JUST SAY SO! That's how you find the right crew.

If you just wait for things to come to you and do nothing inbetween online submission windows, or just blindly rely on email alone, you'll not get far. At all.  You're just another collection of words in an email, no different from the others. Whoopety-doo.

You're better off trying to find a way to go to a film festival or taking a five minute coffee with someone at a company and chat with these people in person, than gambling on if and when there are internet submissions. That personal dimension, seeing or hearing that passion in person, is more important than usually given credit for, and it made a huge difference to my own output and getting gigs. It's okay to be scared or nervous: it's not okay to be passive.

STOP SH*TTALKING THE INDUSTRY AND STILL EXPECTING TO GET WORK

Kids shows, soaps and low to micro budget content is likely where you'll be starting out, and you want to make a good impression. I would be VERY wary of publically mocking the creative teams on places like Twitter and acting like such hot sh*t, saying you could do better. Especially when you're struggling to get that first or even second credit.

No, this does not mean you have to like everything or not express your dislike of something, but find a more constrtuctive way to do it. Yes, the openness of a platform like Twitter makes criticism or differing views impossible to avoid, and so long as terms of Use are not violated, they are fine to do so.

However, assuming the work doesn't already undergo lots of scrutiny through development, and then notes from directors, producers even actors is naive at best and ignorant at worst. Everybody makes mistakes, but it's never all cut and dry. You @ someone involved is not exactly much of a solution. 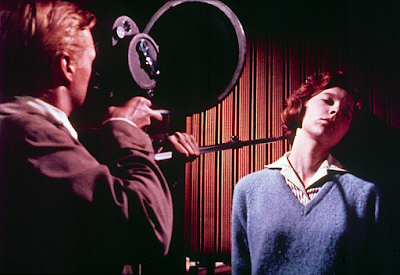 There's a considerable difference between simply writing up your opinion, positive or negative, and sharing among peers, and then shoving your critique in the face of a creator who, perhaps one day, could be your boss. By doing this, you are presuming your view is more worthy of specific attention when there's no qualifiers for it: your own subjective opinion is no more inferior or superior to someone else who shared it via normal channels, nor your tangential connection to the business. You getting into a stupid fight with a Pro is not 'critical thinking' or 'challenging the system': it's a moronic shouting match.

Are there more gear-grinding pet peeves I have? Possibly, but let's stop for today before I get too mean or holier-than-thou. I only say this because I'm tired of newcomers, regardless of age or background, making the easiest mistakes in the world to avoid and, if for nothing else, I can at least save you a few.
Posted by ADiaz at 01:00